LEONARDO’S MAGIC COSMOS: the restored Adoration of the Magi 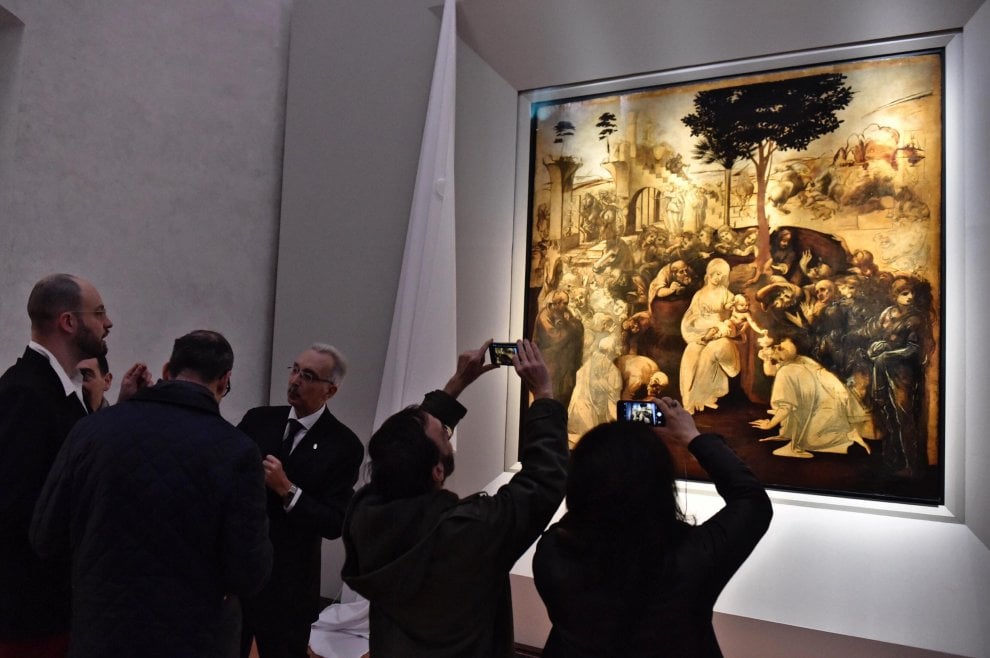 Leonardo da Vinci’s Adoration of the Magi is back at the Uffizi after six years of an artful restoration work and diagnostic inspection carried out by the Opificio delle Pietre Dure with the financial support of the “Amici degli Uffizi”.

The work was commissioned by the Augustinian monks of San Donato a Scopeto in 1481 but it remained unfinished when Leonardo left to Milan one year later.

Because of the varnishes added during the centuries, the panel, left by the artist in a monochrome state, had become almost illegible. Its restoration work permitted the recovery of its unexpected colours and full readability, which is rich in enigmatic details reavealing a complex iconographical significance.

The exhibition also hosts Filippino Lippi’s version of the Adoration of the Magi, made in 1496 to replace Leonardo’s unfinished work in the church of the Augustinian monks. The result is a fascinating interplay highlighting two different interpretations of the same theme.

For info and reservations: info@florence4you.it