Santa Croce – This is the largest Franciscan church in Europe and the heart of the florentine quarter which takes the same name. Built in 1294 on a project by Arnolfo Di Cambio, today it’s also known as the “Pantheon of Italian glories” since the Italian writer and poet Ugo Foscolo called it like that in his most famous poem “Dei Sepolcri”. In fact there are inside several monumental tombs, sculpted to celebrate the life of illustrious men like Michelangelo, Galileo Galilei, Niccolò Macchiavelli, Gioacchino Rossini and many others.

Santa Maria Novella – One of the most beautiful examples of Renaissance architecture: the construction of Santa Maria Novella was started in 1279 and finished in 1470 with an amazing facade by Leon Battista Alberti. The interior is rich in artistic masterpieces like Brunelleschi’s well-known crucifix and the “Trinità” fresco by Masaccio.

Santa Maria del Fiore –This is the Cathedral of Florence and its name alludes to the mistery of Incarnation. The church was erected on the rests of the previous cathedral, Santa Reparata, which was brought back to light in 1965 and now you can visit in the crypt underground. Inside Santa Maria del Fiore you’ll admire the stunning 1400s glass windows projected by Donatello, the big original watch by Paolo Uccello and the impressive fresco of the dome, realised by Giorgio Vasari, inspired to the Final Judgement theme.

S. Lorenzo – The first cathedral of Florence. It was built in 393d.C., it’s the oldest church of the city and It was also the Medici’s favourite church, in fact they commissioned all the most important artists of their time to embellish it and make it more prestigious. Inside there are amazing renaissance masterpieces like the two bronze pulpits by Donatello and the Sacrestia Vecchia projected by Brunelleschi with the sepulchre of Piero and Giovanni de Medici by Andrea Del Verrocchio. 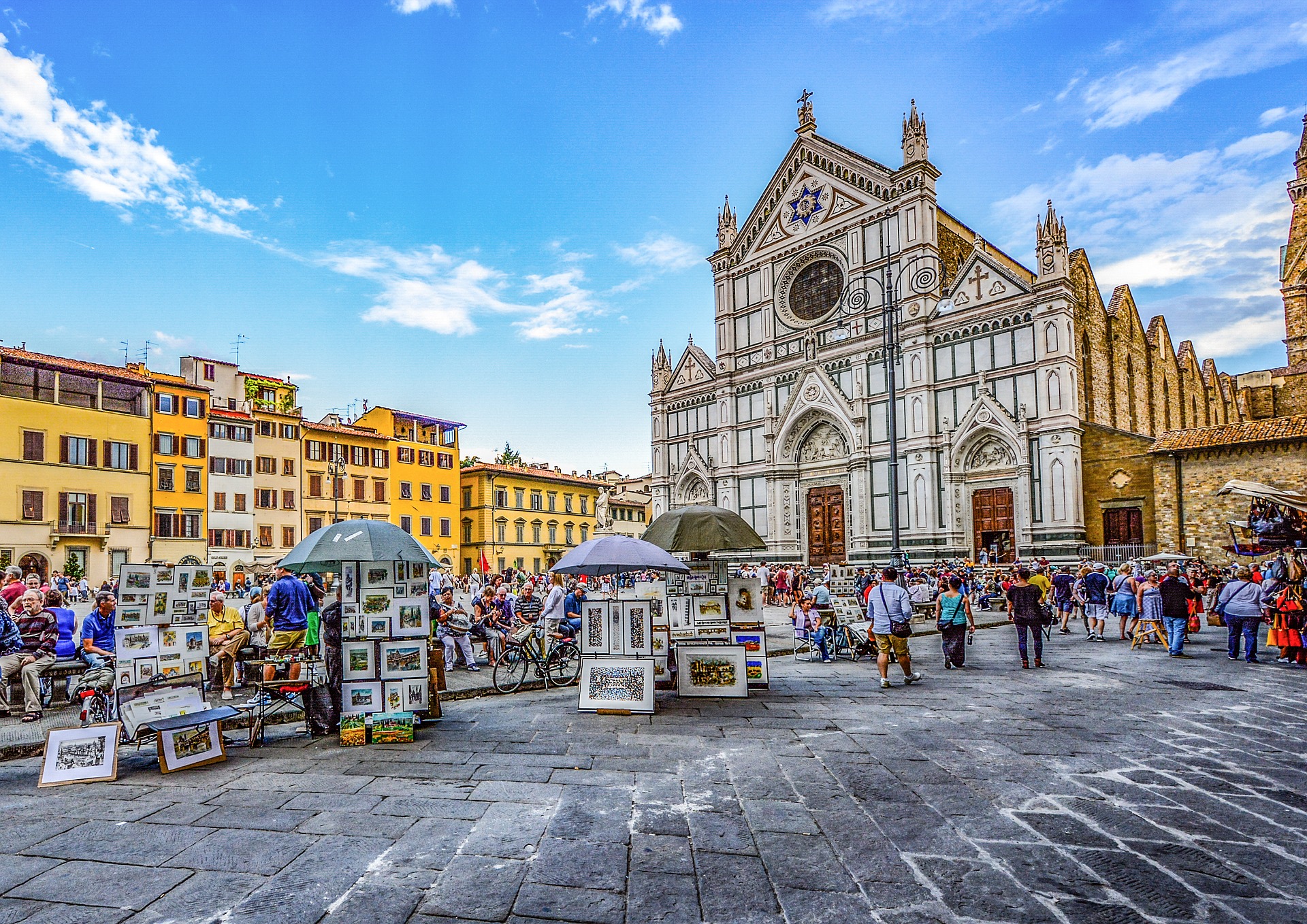 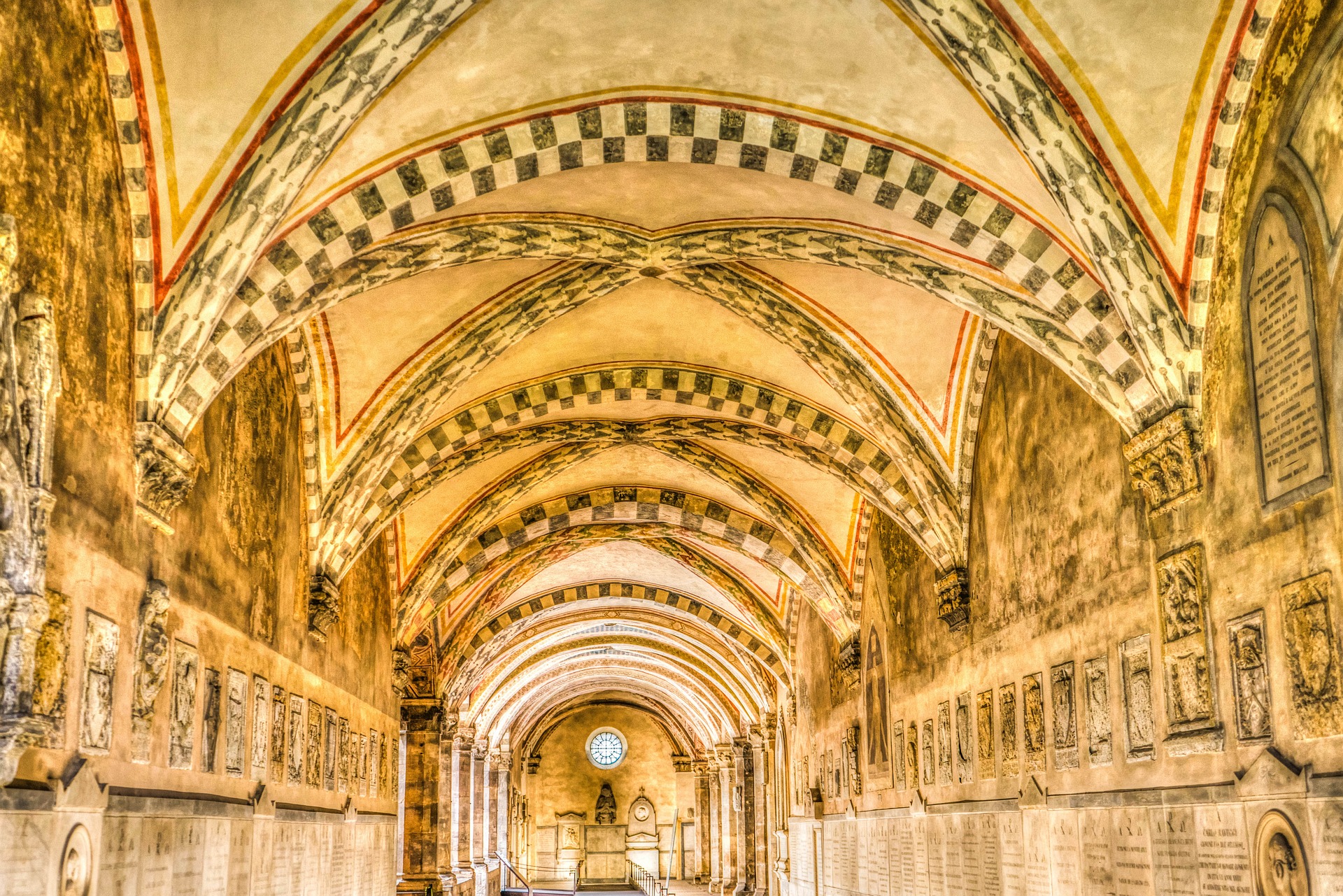 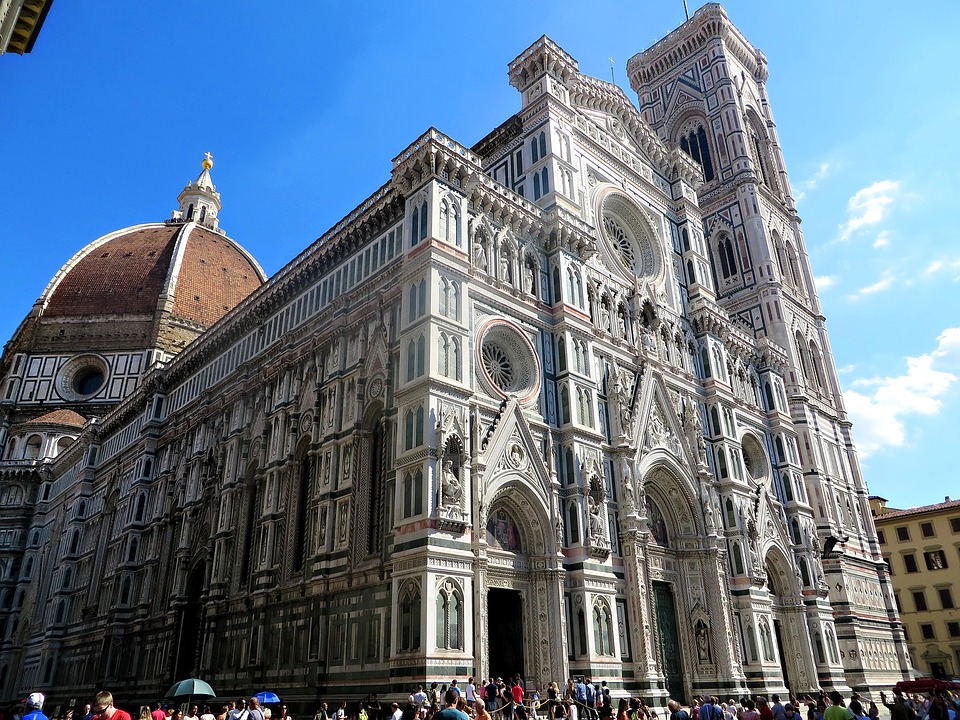 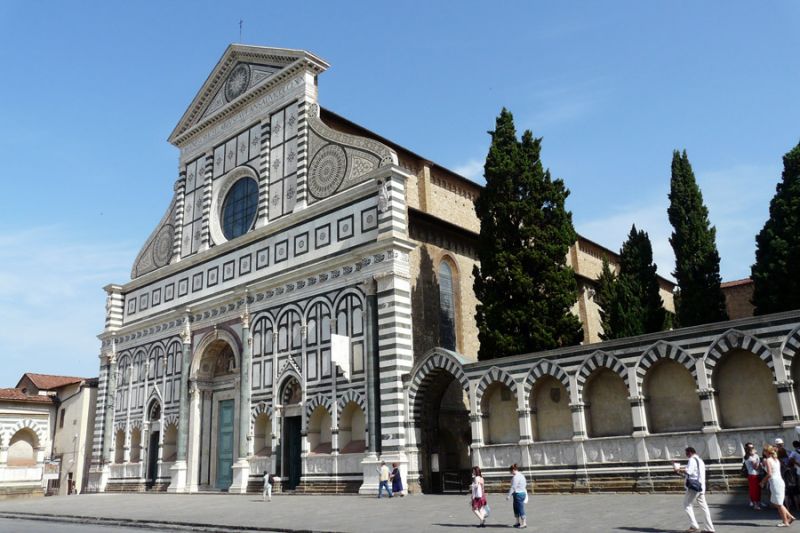 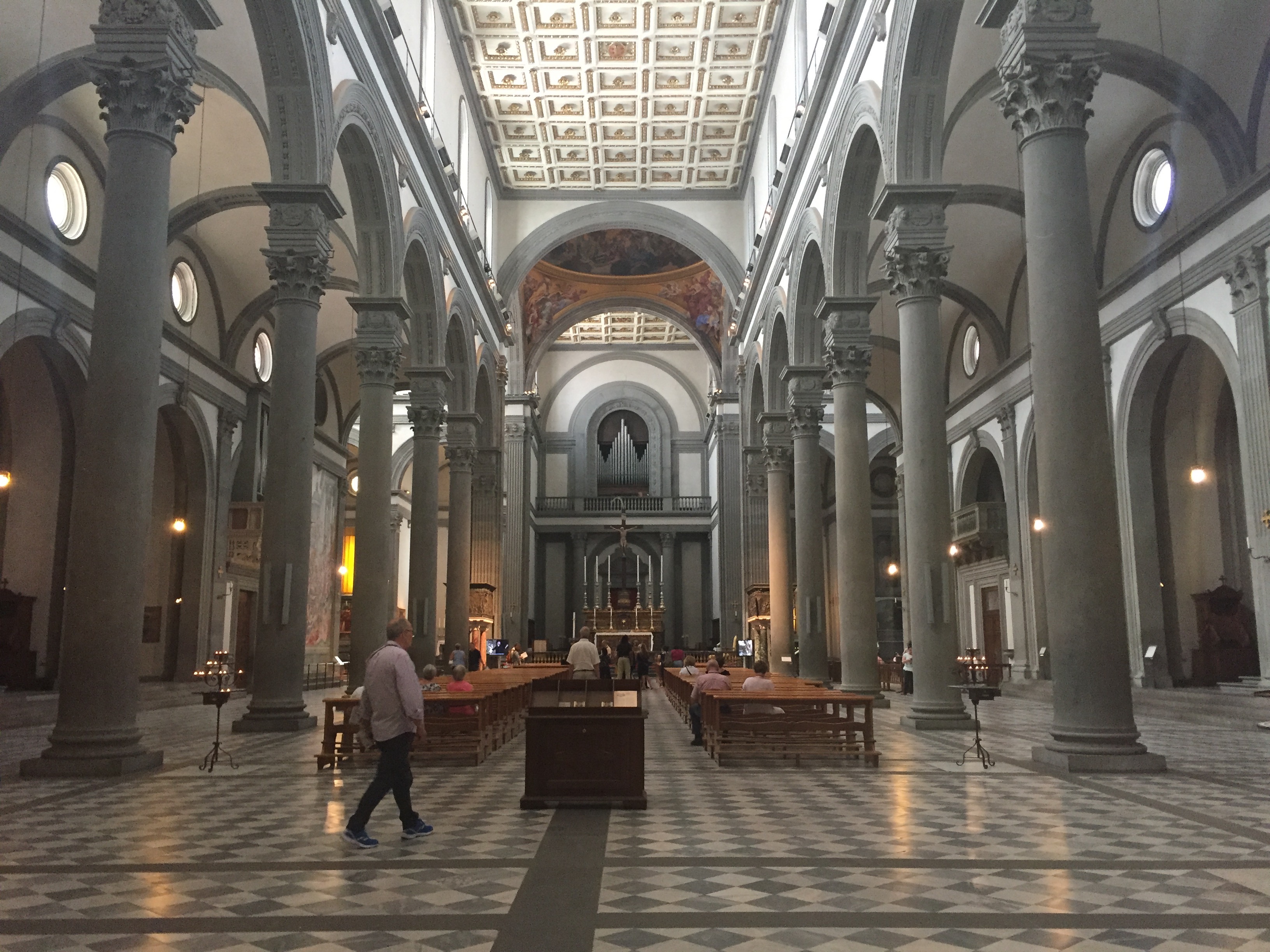 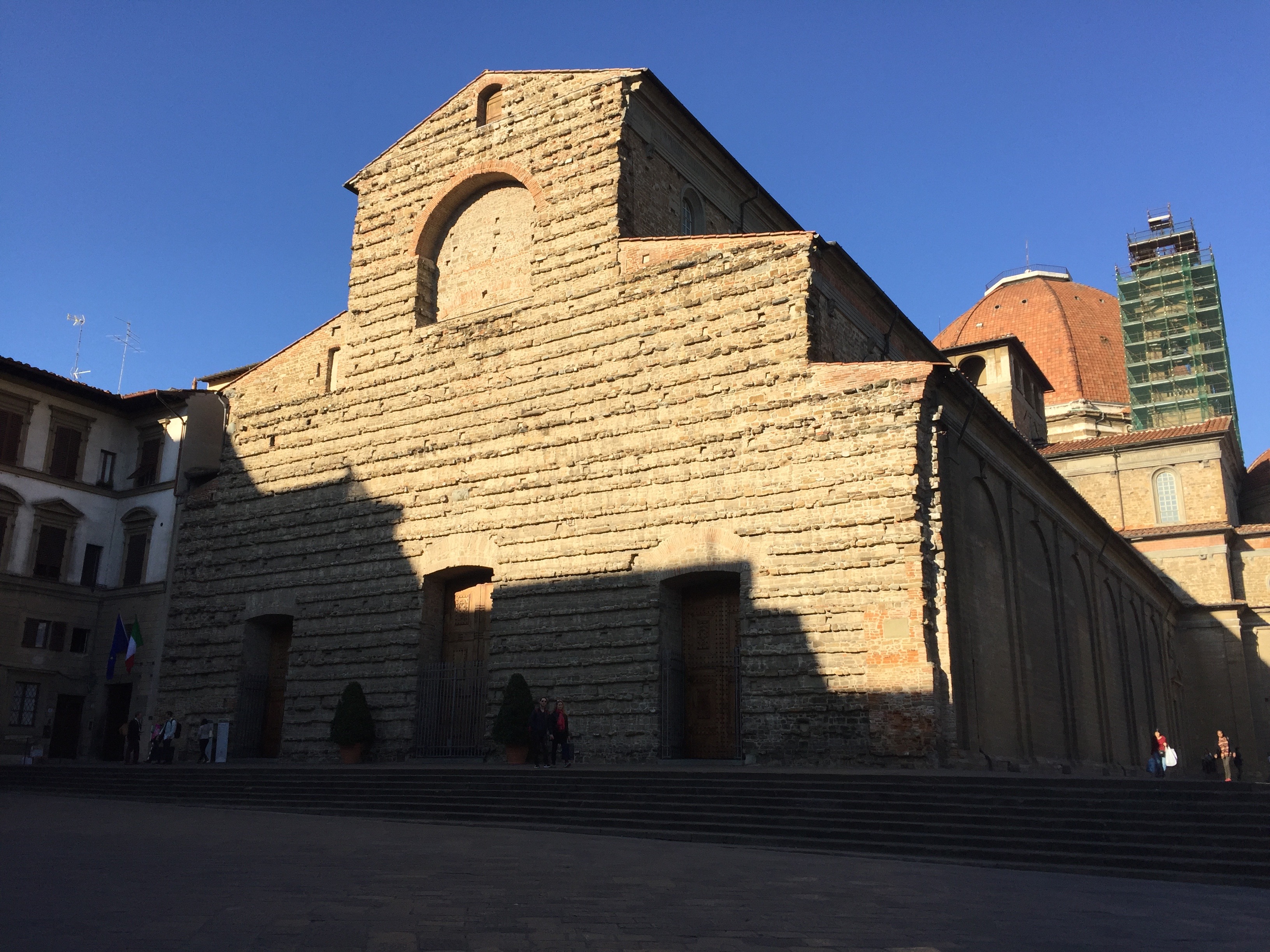